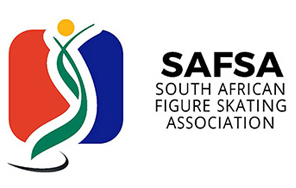 With the new season underway, we approach the first local competition of the year, namely the KZN Inter-Provincial Championships. This event will be held at the Durban Ice Arena this coming weekend (30 August to 1 September).

Two of our skaters have opted to skip this event as they prepare for their respective Junior Grand Prix’s.

In a slight departure from this approach, Gian-Quen Isaacs, who will be competing in both of these Grand Prix’s, has chosen to skate in the KZN Inter-Provincial championships before leaving the very next day for Europe. The local competition will serve as a final run-through and a chance to fine-tune the programmes before heading off to the big leagues.

The ISU Junior Grand Prix’s are part of an elite series of competitions where participating countries from around the world send their top skaters in this category. Countries are allocated various events, as well as slots for men and women, based on criteria met in the previous season. This series is restricted to the Junior Men and Junior Ladies section. It is at these Grand Prix’s that skaters will attempt to reach the qualifying scores for the ISU Junior World Championships later in the season. Previous RSA qualifiers have included Michaela du Toit and Matthew Samuels.

Evan Wrensch will be hoping to qualify his Free Programme, after previously qualifying his Short last season. Evan has been steadily improving and increasing his score and is in a good position to capitalise on this. Evan has an immense physical strength that allows him to explode into elements, and he always produces strong, masculine performances. Having been pretty close to the required score at previous competitions, he will go into the Grand Prix with a healthy dose of reserved confidence. The quality of his skating has improved considerably since last season. All of these factors combined create a very positive outlook for Evan this season.

Sinali Sango is appearing on the Junior Grand Prix circuit for his second season. He has had some good displays over the past year and, while young and having less experience at this level than Evan, he is climbing the ranks and building his arsenal of elements nicely. Always an entertainer, Sinali has the unique ability to defy gravity at times where many skaters would find themselves sprawled across the ice. As he has matured as an athlete, he has impressed with his ability and always makes his mark. If he can harness his energy and produce a good, solid performance with a touch of “Sinali-flair”, few would bet against him reaching some serious milestones this season.

The formidable female of the group is not to be forgotten. Gian-Quen Isaacs was thrust onto the Grand Prix scene last season at the age of 13, while still competing in Novice. Her first Grand Prix was a rude introduction to the competition at this level. While it was a tough competition for Gian, glimpses of her amazing ability shone through, for which she has become known locally. In the time since this competition the hard work has not stopped, and her strength on the ice has grown into what can only be described as a machine drenched in femininity. When her skating is on song, the momentum she carries is unstoppable. Putting everything together will be the trick and we have seen her do it before. Solid, quality skating at these competitions will seriously raise her profile internationally and put her in range of a Junior World’s qualifying score. 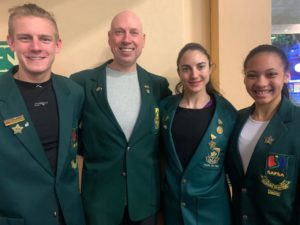 Dantin and Megan are the book ends of our coaches, with Dantin being the oldest and Megan the youngest coach in Cape Town. With differing approaches and vast experience between them, the combination should prove potent. Dantin has taken several skaters to high-level competitions, and while Megan may be green on the scene as a coach at this level, she has herself competed at many high-level events such as Junior Grand Prix’s, Junior Worlds and 4 Continents.

Heinrich Painczyk has been appointed as the official Team Leader for both Junior Grand Prix’s, and has shown himself to be a highly effective manager at international events.

With the collective experience above, there is not much that could take this team by surprise, and our skaters are in incredibly good hands.

The Western Province Figure Skating administration and community is extremely proud of these skaters and their coaches, as all of the slots filled have come from Cape Town. We wish them all the greatest success. They have already achieved so much by getting to this point and further achievements will just be icing on the cake!

To follow our skaters at their competitions, please visit the following links:

https://wpfigureskating.co.za/events/2019-09/ for the calendar and links to the competition pages;

Or see the Western Province Figure Skating website (www.wpfigureskating.co.za) for details and updates.